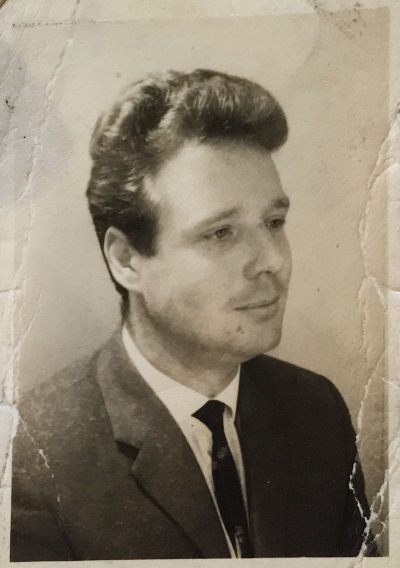 In love, until it is my turn

Mourning the loss of a loved one is a private matter. This post, however, wants to focus on a specific subject of public relevance. I have lost the one person I know who has consciously witnessed the second World War.

Reaching the age of 80 is OK, depending on how you live your life. There is no denying, however, that the witnesses of WWII are going away. Soon, the most horrible war in the history of humanity will strike as much fear into the hearts of pupils as the 30 Years' war, the crusades, or any other of the countless wars that occurred in the past.

My Dad, on the other hand, could never let go of those years in his childhood. The bombs, the burning houses. The dead, the chaos, the despotism, the hate and spitefulness. In retrospect, it's hard to believe what good person he was with that background. So many people were shattered by the war. I never met one of my granddads. They withered away long before I came to life.

The upbringing in Germany didn't leave me untouched. I grew up aware of the atrocities committed by the Nazis. At first, when I came studying to England, it was hard for me to take in how nonchalantly Hitler was built into humour (Fawlty Towers, anyone?). Unpossible in Germany when I was young. Beyond that, can you actually believe a German studying in the UK, with the aid of EU funding? Just a little more than 20 years ago.

People like my father made this possible. He was a businessman. So he made business - with Spanish people, French, Belgian, British, Italian, Greek and who knows who else. He enjoyed working with them. Those people are the foundation of the EU we have come to love.

(for the record: I don't love excessive bureaucracy, but I enjoy going to France to buy cheese and fish, not noticing a border, because there is none, paying the same currency and using internet because there is no fucking roaming! If you force me to choose between a bureaucratic government or dying on the front, I know I'll choose the former)

My Dad wouldn't believe that the same stinking brown sludge is pouring out of the sewers of the nations again. He thought that we'd learned. He mostly despised Germans. He loved the US for having put the final nail into the coffin wherein lies the Nazi regime.

I couldn't ask him whether he thought that other nations could be capable of the same atrocities. He may have believed that the Germans were special in that respect.

You will get Nazis. If you let them prosper, they will ensnare you by channeling the anger and vile that the above points accumulate in you. They will tap on your racism that is related to a lack of empathy, exposure to different viewpoints and a terrible legacy of our evolutionary background. They will get cocky. They will erode the institutions while sweet-talking you into parting with your morale, your ethics and utimately your soul. They will happily throw your body into a meat grinder if it furthers their Agenda. It is the evil that will consume itself when there is nothing left to burn.

I have nothing for you here. You are living below your potential and you are a shame to humanity. My parents didn't help build Europe for Nazis to trample all over it again.

I haven't forgotten. Have you?