Putting my website on github through the process of creating a static website based on jekyll marks the 9th version of my online presence. 10th would have been better to justify a little retrospective, but then I never considered myself a numerologist.

Interestingly the site already contained a component of slapping on a date + title as a headline, accompanied by some content. I'm sure quite a few people did it that way, someone just decided to give it a name at some point: blog. That's how it goes with humans. Business is just a natural extension of what we like to do. I wish we could be relaxed about it at some point. 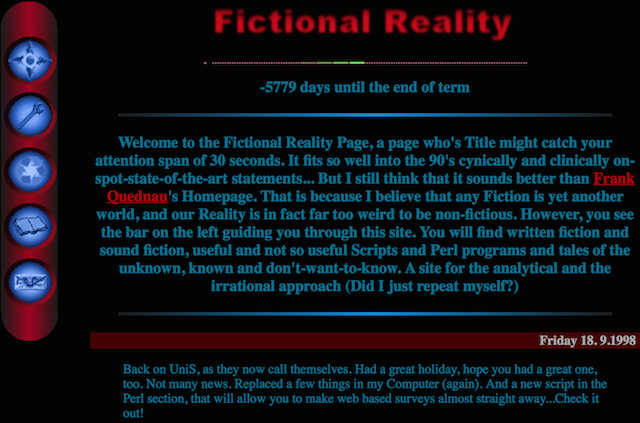 The design is definitely very nineties. It's interesting how all images look pretty blurry, but back then it looked pretty crisp. I guess that's the price you pay for retina, the past starts to look ugly. I like the fact that the little javascript snippets (hover over images, counter) work to this very day.

Apparently I had too much time on my hands and I thought, for maintainability reasons, wouldn't it make sense to have all common layouting elements like colours, or sections, be encoded in javascript? That surely would lead to a more maintainable and flexible website?. A new site was born, where everything was described in javascript. Considering that CSS was already around, this is a classic case of a bad technology choice for the problem at hand.

This was a page on virtualave that allowed free hosting while being able to use some cgi stuff, includes in the html and the like. Fancy stuff, sadly I cannot generate a screenshot of that one anymore ;)

2001 - The first page under realfiction.net

Around 2000-2001 I finally bought realfiction.net and installed my first website, which, if I remember correctly, I maintained with Dreamweaver. This had no blog-style concept but was more like a personal website with things I deemed presentable to a small (possibly very small) audience. 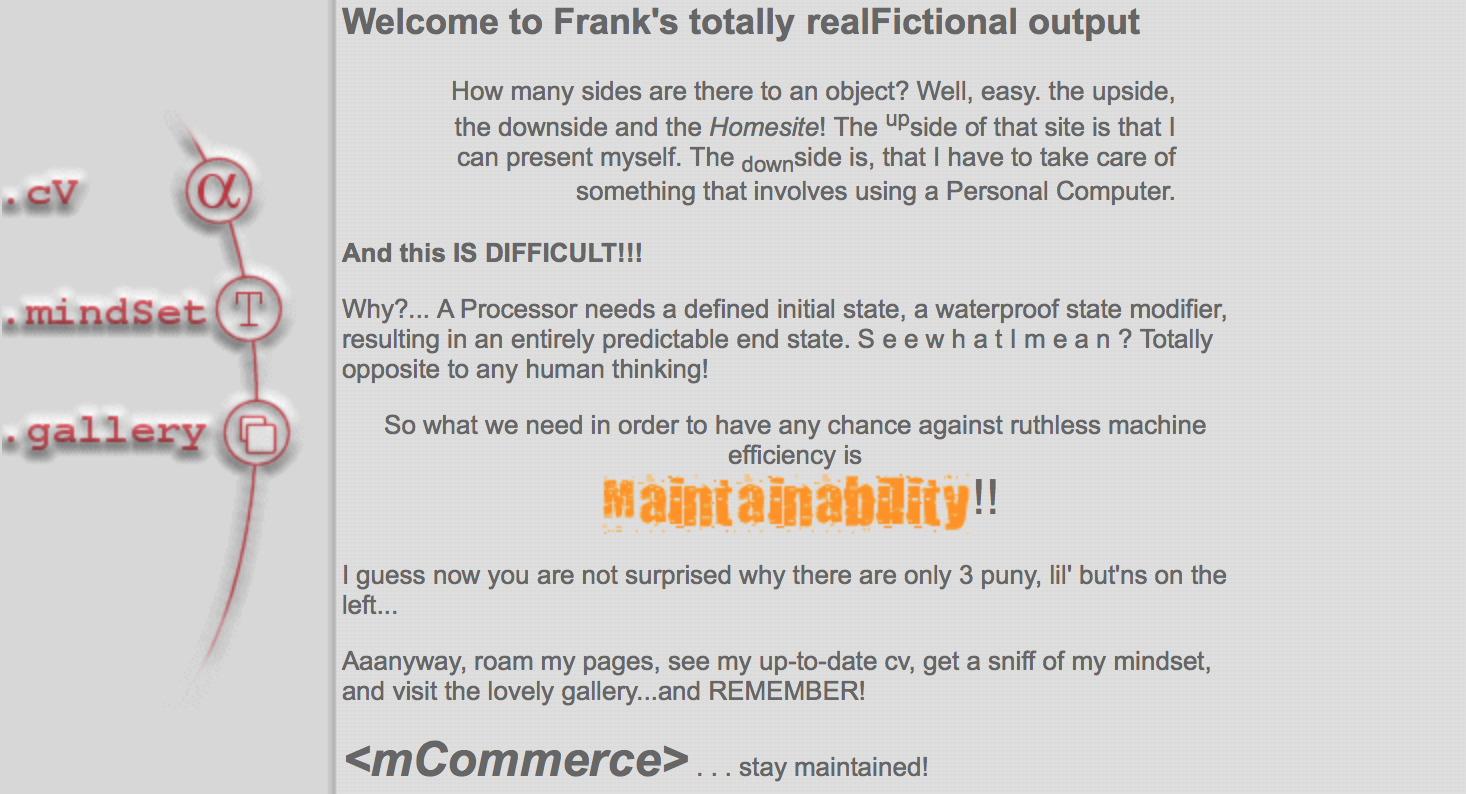 I had that page for quite some time, with only small variations. 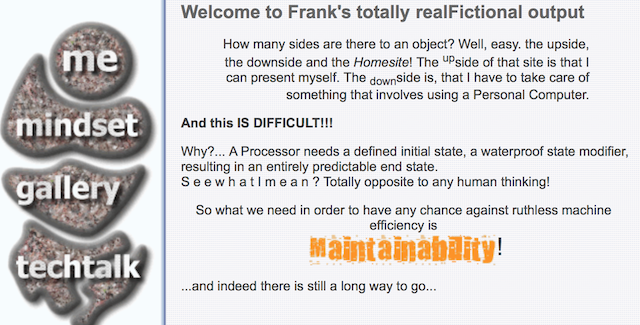 As you can see, the latest instalment of the static website had a link to a "weblog", which pointed to a Drupal-Installation.

With my skills growing in SW development, I felt the need to stay in the game with web technologies as my daytime programming was pretty thick client-heavy. Still my roots were in the .NET tech stack, hence I was looking to find a hosting provider which would allow me to run .NET, which I found in WinHost. Also, I wanted to use git, as it was all the rage - My first commit for this website is dated Oct 10, 2009.

The first version of this site was based on NHibernate + FluentNHibernate and ASP.NET MVC. Some 2 years later I switch to the (know unfortunately defunct) FubuMVC. The last incarnation allowed to drop markdown into a dropbox folder which the website would pick up and publish. Not too bad, but somehow I am once more in a phase were I want to reduce any maintenance burden there is for my website.

The github pages striked me as a viable option to keep writing markdown, with pushing as easy as writing git push.

And there I am, looking back at 17 years of personal web pages. A myriad ways to the same conclusion: Sending a web page to a browser.