These days I came across two links that reminded me of an old exchange on twitter, starting from here:

Don't get me wrong: advances in deep learning have been awesome. But, there are things they cannot do and never will.

First is this text about generative art with quite amazing outputs: Alien dreams - an emerging Art Scene. 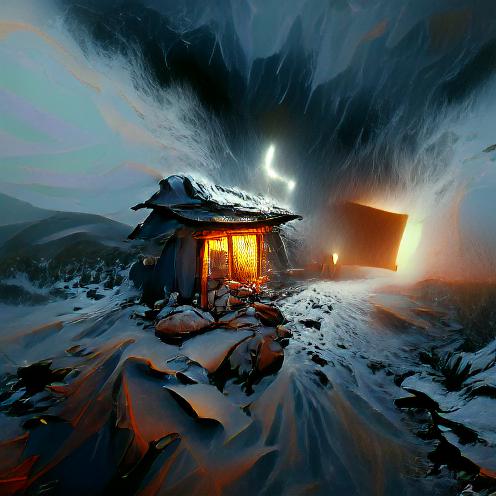 One example of generative art - source

Some results are quite stunning and if nobody would tell you who created what and mixed this unter human art output, you do wonder whether you would be able to tell the works of art apart.

In AI Designs Quantum Physics Experiments Beyond What Any Human Has Conceived, Quantum physicists have trained a system, based on the knowledge on how to "compose" certain types of quantum entanglement experiments. This it apparently can do better than the creators of said system. Again, an amazing read.

Last week, github copilot was introduced, and it looks like quite a few developers that could try it out were quite impressed! Follow the link to learn about it.

One day, my son looks at a traffic sign that was lying on the pavement. He put himself on top of it, imagining that the whole thing is now a surfboard. One bypasser remarked "Oh, how creative he is". I didn't say much, kind of disagreed internally, but maybe there isn't much more to creativity than simply forgetting about the rules and trying stuff out until something sticks and is considered brilliant and creative by others.

Are those systems creative in their own right, or still just tools? What if we completely overestimate what we are - maybe we are also just tools (pun aside) - tools of evolution. Maybe it is our damn precious egos that make us think that we are more special than those AIs doing interesting things for us. Strip that away from us and we're still all trying stuff out in that crazy lottery game called life, one iteration at a time.