One thing should be clear right from the start: There is no single path to get your react application up and running. This is simply due to the fact that there is a huge array of alternatives with regard to tooling, runtime dependencies etc. etc. If you are really just about to start, it seems that facebook's own create-react-app is a good starting point. It will hide the scary amount of configuration and wiring together but will let you materialize all that once you want to introduce your own opinions with regard to building your client-side application.

This creates a rather compact package.json file:

All magic is hence delegated to the react-scripts package. Let's have a look at the starting code. Running npm start brings up a server and starts the browser pointing at the right location: 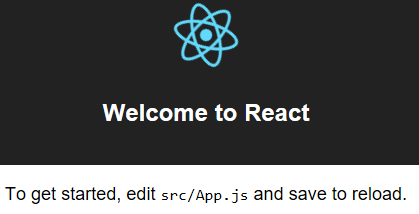 So, is hot reloading enabled?

What about the testing story? Everything seems to be prepared, so we'll just add enzyme the way it is required:

And write a little test with it: 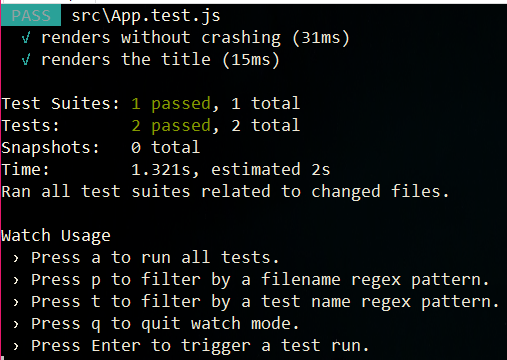 See, I still haven't provided you with a real reason for javascript fatigue, or have I?

You get a nice starting point with all the goodness of a transpiler that will take care of your ES2016 syntax, CSS modules, hot reloading and a way to build a production bundle. As facebook states itself in the readme to the project, there are many opinions out there how a react client application should be set up and lists numerous alternatives to this approach. As it is, as long as you don't have an opinion formed yourself, this seems a pretty nice starting point that lets you get right into the code straight away and also helps you get your code into a production-ready format.

Personally, I'd be ready to go, but I know that some of my colleagues ❤ Typescript, so in the next post we'll try and see if we get into a similarly comfortable starting point, but with the Typescript compiler in the loop.